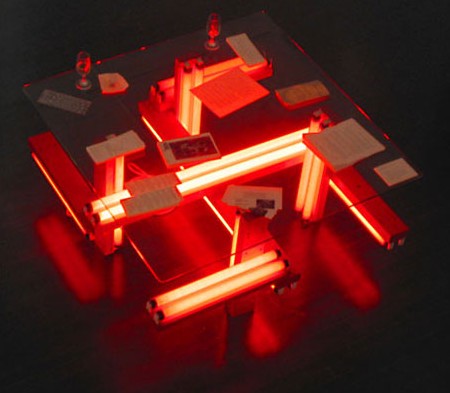 Growing up in Chile during the 1970s and 1980s under Augusto Pinochet’s military dictatorship—a rule maintained by covert violence, intimidation, and disinformation—gave Navarro a particular interest in power and double meaning. While he is truly fascinated by the beauty and seduction of colored light and clean Modernist design, his works also surge with undercurrents of darkness. 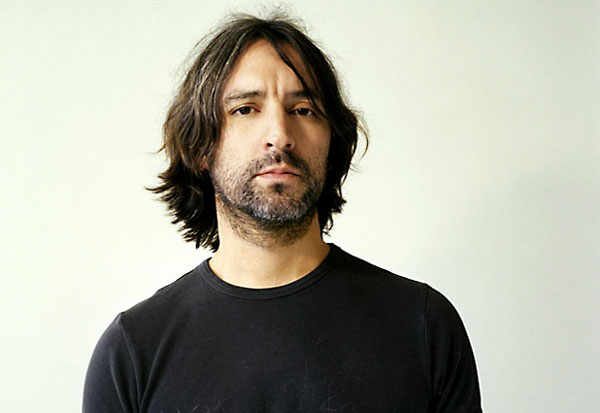 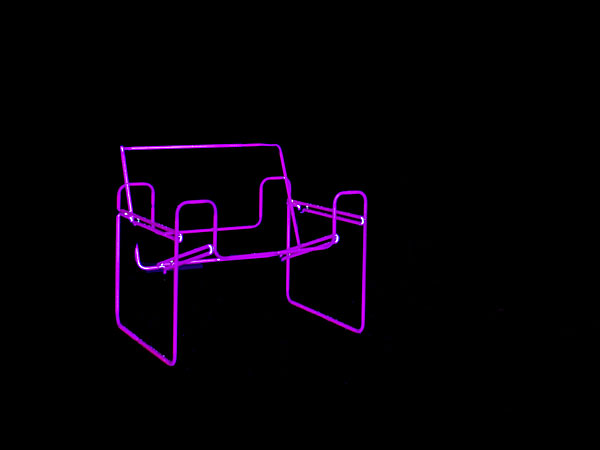 Navarro’s version of the Wassily Chair transforms the stripped-down tubular steel frame of the original into a delicate tracery of lighted lines in space. The work has a virtual quality, like a blueprint for future production. At the same time, remaking Breuer’s chair in glowing light seems to complete the original, as if it required electricity to tease out unstated implications. Breuer had said about his Wassily Chair that he “regarded these shining, sweeping lines not only as symbols of technology but as technology itself.” He considered the chair a machine for sitting, to shape “new man” by encouraging a relaxed but disciplined posture that others equated to the low, folded position of a race-car driver. Navarro’s Black Electric Chair creates a tension between the chair’s invitation to relax and the eerie, even sinister, implications of its electrified glow. Efflorescing softly in the dark, it transforms the Modernist dream of perfecting life by new technology into a phantasm. 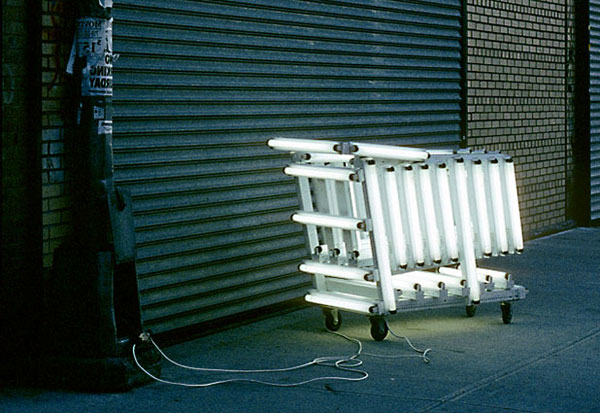 In Homeless Lamp, the Juice Sucker Navarro builds a grocery cart from electric tubing. Featured in a video of a 5 hour performance, Navarro has activated the sculpture on the streets of New York’s Chelsea District. In the video, two men break into a municipal power outlet, hi-jacking city energy to feed the power-sucking shopping trolley. Edited to 4 minutes, the action is set to a Mexican revolutionary song from 1905 titled Juan The Landless. As an icon of both consumerism and vagrancy, Homeless Lamp, the Juice Sucker sets a stage where the dichotomies between wealth and poverty convene as a literal and allegorical emblem of power, waste, transience, and opportunistic survival. Basking in an artificial glow, Navarro’s Homeless Lamp, the Juice Sucker exudes a religious aura based in consumption, corruption, and errancy. 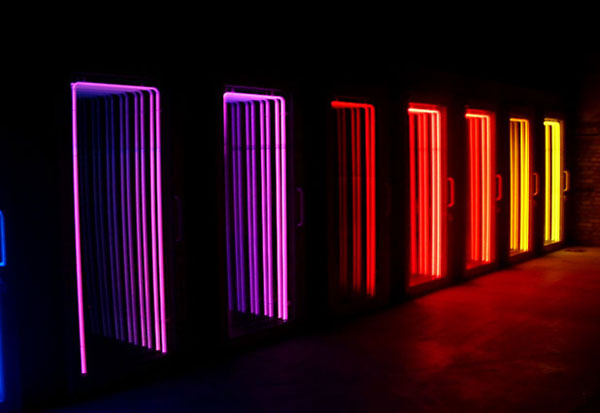 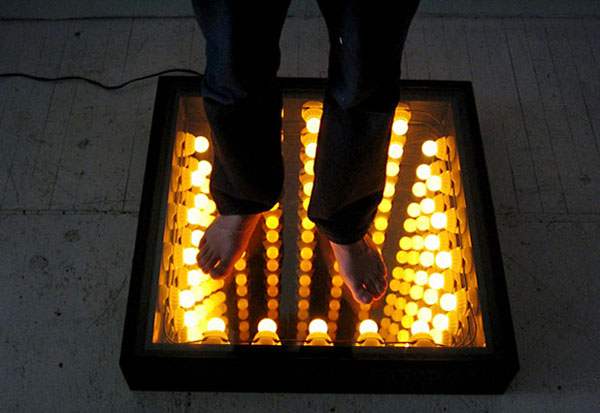 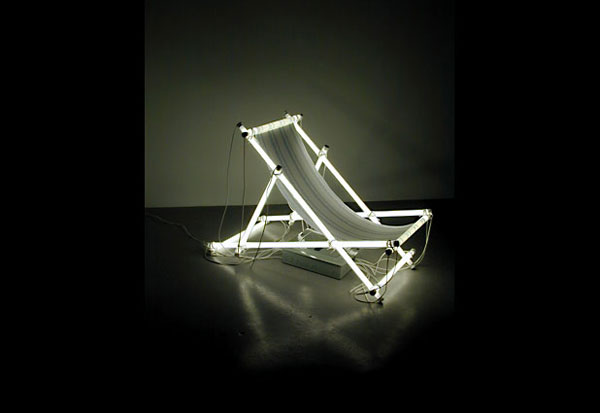 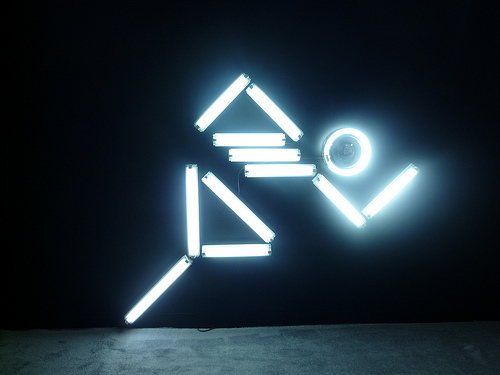 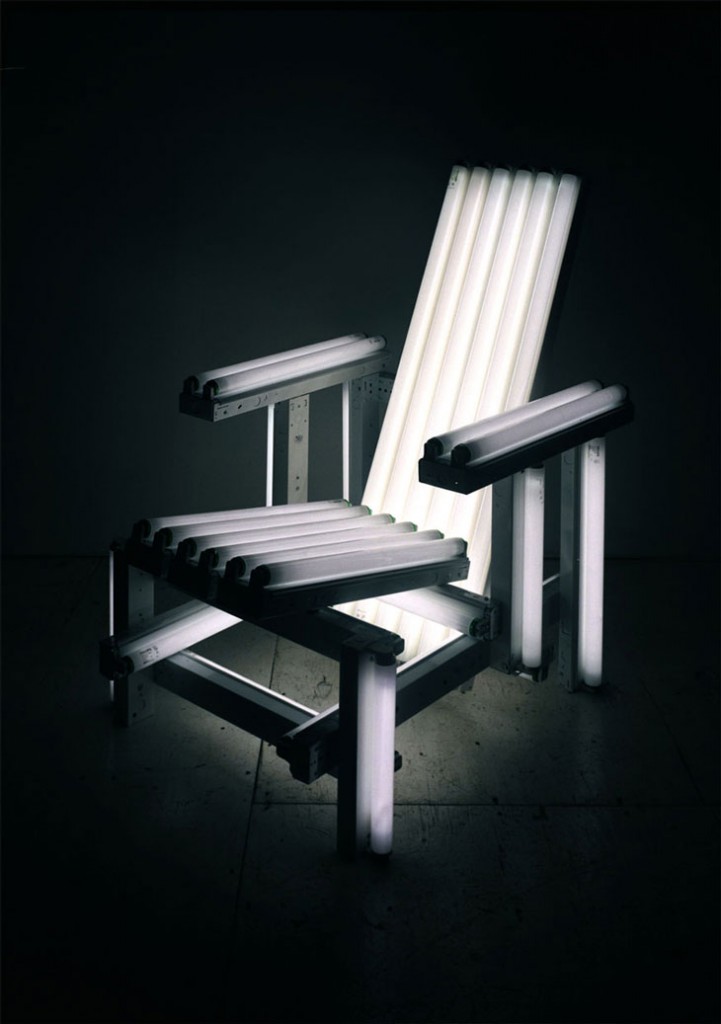 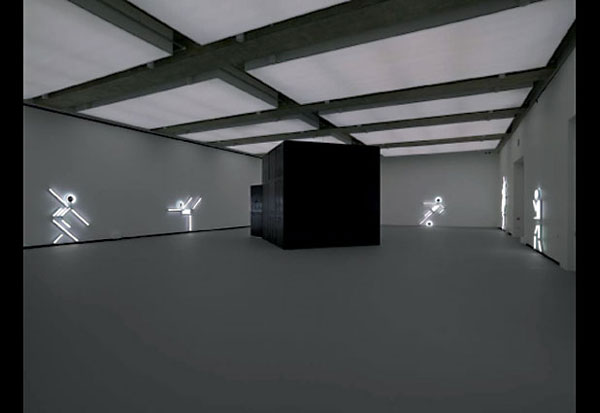