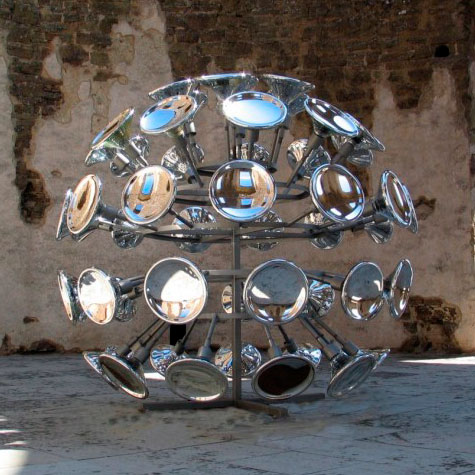 Hans-Christian Berg is one of the most interesting artists of his generation in Finland. In 2002, he graduated from the Academy of Fine Arts, Sculpture Department with an MA and from the University of Art and Design, Ceramics and Glass Department with an MA in Helsinki. In 2007 he has been named as the Young Artist of the Year. Berg’s primary interest is optical illusion and experimentation with perception of light and surface reflection. 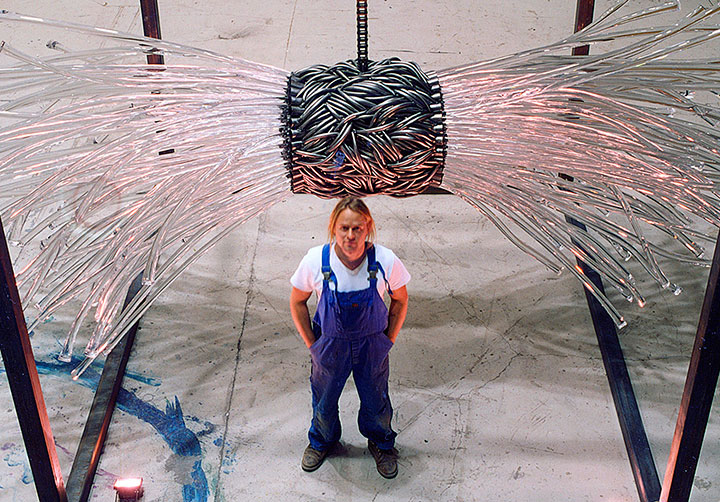 “Hans-Christian Berg’s works makes the gaze itself the focus of observation. The subject that relies on the primacy of Cartesian thinking uses its senses in relation to the surrounding world in a way that is a form of taking possession guided by cognition. Berg’s works, meanwhile, challenge the mode of perception itself, and thus intervene in the structure of the genesis of understanding. As he has said, with his sculptures and via the spatial illusions they create, he wants to re-display the boundary conditions for perception, via which the viewing situation is created.

Hans-Christian Berg’s works’ relationship with perception appears to proceed via various kinds of epistemic apparatuses and ontologies. Or, as he himself terms his attitude, “breathing the conception of the future”. The works’ figurativeness contains references both to the history of the development of optics and to the instruments (blown mirrors, observation instruments), to space geometry, and to three-dimensional modelling (geometrical shapes one inside another, the cut-out laser patterns in the acrylic works), to the meta-reality of electronic data transmission (sculptures made out of strings of ones and zeroes), and to the history of cognitive brain research (the bulging phrenological shapes of the brains in the Minds sculptures). Together these elements or this open network of references are directed, on the one hand, at the current technological world as a transparency of observation and as possible worlds; and, on the other hand, at the physical reality as a fixative adaptation of the relationship between humanity and technology. Simultaneously, via artistic creativity, the works refer to science as fantasy, as science fiction, reinforcing its utopias and, at the same time, revealing its illusions.” 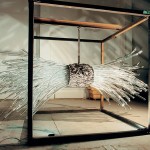 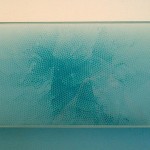 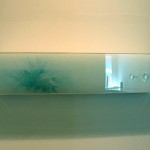 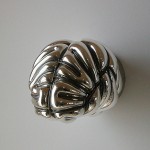 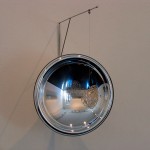 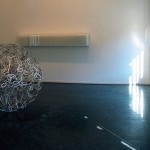