The Tournament, an installation by Spanish designer, Jaime Hayón consists of a gigantic chess set, with 2m high ceramic chess pieces on a specially created mosaic glass chess board. The installation, which is set in Trafalgar Square, will be shown till 23 September.

Each of the the chess pieces is unique and hand-painted by Hayón himself and were crafted in collaoration with Bosa, the Italian ceramics experts in Veneto, Italy. Many of the chess pieces will reference specific iconic buildings in London and their domes, towers and spires. Elements of the city of London and its history are encoded on the pieces using Hayón’s very personal style.

Public is encouraged to take part in the chess games and come down and play or simply watch and enjoy the spectacle.

Installation is inspired by London and its history. The Battle of Trafalgar was organised like a chess game of naval strategy – the notes and images show how carefully it was worked out by Admiral Nelson when the British Navy defeated the combined fleets of the Spanish and French navy.

In Jaime Hayón’s words: “I’ve lived in London for over 3 years during which time I have been able to discover the city, its history and heritage. I am able to represent all of this using my own personal style. I really like the idea that Londoners and other visitors can come to Trafalgar Square – such a central focus of London – to wander around my installation and perhaps even take part in a game of chess.” 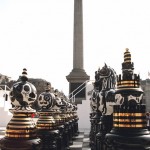 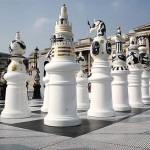 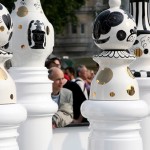 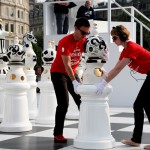 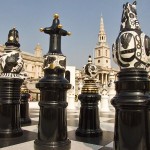 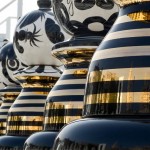